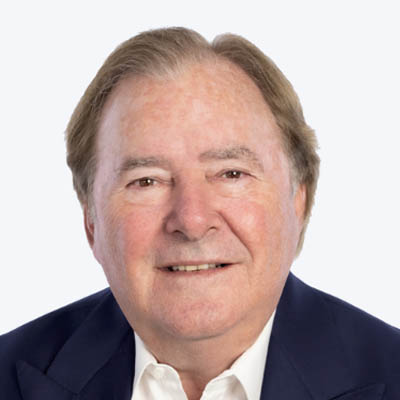 Gary Winnick is Chairman and Chief Executive Officer of Winnick & Company, a Los Angeles-based investment firm. Mr. Winnick is an American financier and philanthropist with a global investment career spanning more than four
decades. Mr. Winnick has financed in excess of 100 billion dollars to fund transformative technologies and corporate innovation, providing capital and counsel to a diverse set of industries, including Telecommunications, Media, Technology and Healthcare. Mr. Winnick founded Global Crossing and Asia Global Crossing, which built the first privately-owned undersea cable network beneath the Atlantic and Pacific Oceans, creating a 130,000 mile fiber optic network connecting continents and countries around the world. Before forming Winnick & Company, Mr. Winnick was a senior executive at Drexel Burnham Lambert in its high yield and convertible bond group during a transformative period for corporate finance and Wall Street.

Through the Winnick Family Foundation, he and his family funded numerous scholarships and grants to academic, medical and literacy programs throughout the U.S. Mr. Winnick holds an Honorary Doctorate from his alma mater Long
Island University. 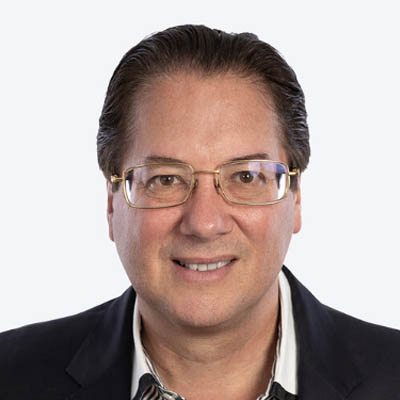 Carl Katerndahl is responsible for the management of the company. He is also a co-founder of the firm.

Mr. Katerndahl has over 30 years of financial services experience.

In his early career he held portfolio management and investment advisory rolls at Merril Lynch, Smith Barney and Morgan Stanley. He also founded the Forward Funds and Reflow with Gordon P. Getty.

He then as a partner at NWQ directed all distribution and subsequently sold to Nuveen and TIAA where he ran all distribution as an SEVP. He was CEO of the Broker dealer and was on the executive committee prior to joining WCO. 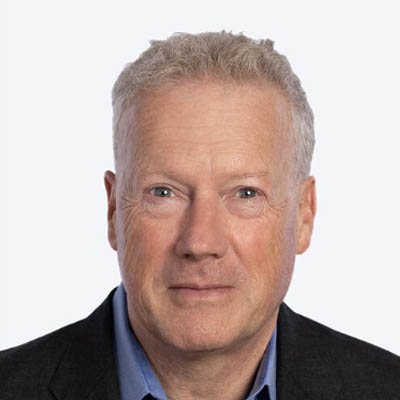 Roger Jackson is SVP Acquisitions at WCO Spectrum. He works with schools & colleges throughout the United States to structure and execute deals to acquire their EBS spectrum licenses. Roger is originally from the UK and has enjoyed a career in business development in London, Johannesburg, Hong Kong and Los Angeles. He’s a graduate of UCLA’s Anderson School of Management. 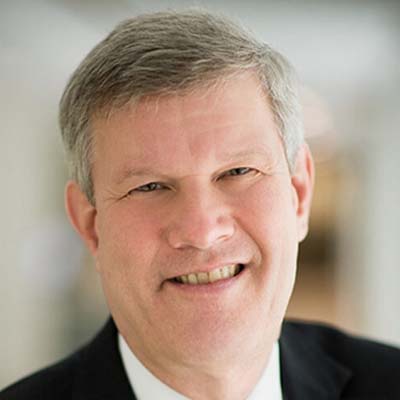 Harold Furchtgott-Roth is a senior fellow and director of the Center for the Economics of the Internet at Hudson Institute. Mr. Furchtgott-Roth founded Furchtgott-Roth Economic Enterprises in 2003. He frequently comments on issues related to the communications sector of the economy. From 2001 to 2003, he was a visiting fellow at the American Enterprise Institute where he published A Tough Act to Follow, chronicling the difficulties implementing the Telecommunications Aact of 1996. From 1997 through 2001, Mr. Furchtgott-Roth served as a commissioner of the Federal Communications Commission. In that capacity, he served on the Joint Board on Universal Service. He is one of the few economists to have served as a federal regulatory commissioner, and the only one to have served on the Federal Communications Commission. Before his appointment to the FCC, he was chief economist for the House Committee on Commerce and a principal staff member on the Telecommunications Act of 1996. Earlier in his career, he was a senior economist with Economists Incorporated and a research analyst with the Center for Naval Analyses. 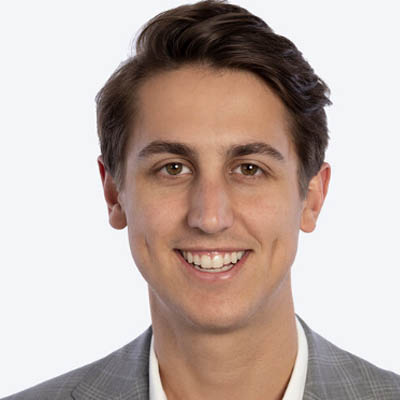 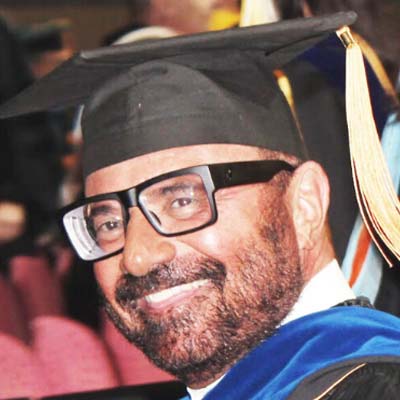 Daniel A. Rivetti is an associate professor of finance at the University of San Diego School of Business. As an international finance consultant, with expertise in real estate financing, he directed all funding activities for the largest private investment along the U.S. and Mexican border. He established a first and second floor lending arrangement with Banamex and Bancomext respectively for Matrix Aeronautica S.A.de C.V. This project resulted in the largest heavy jet repair facility in Latin America.

His consulting experience includes the use of real option theory and has utilized state of the art derivative instruments for one of the largest Crown Corporations in Canada, Ontario Power Generation. He has served on two publicly listed board of directors: (BHBC) Beverly Hills Bancorp (assets sold to Mitsubishi and Sanwa Banks) and (TGRA) Tigera Group. Rivetti created a special purpose corporation for Rohr to facilitate the sale and refurbishment of Boeing 727 aircraft to primarily Latin American customers. Rivetti served on the board of directors for Polexis, where he helped arrange an Imperial Bank (U.S.) led management LBO. Currently, Rivetti is on the board of Forward Slope, Inc. FSI is a high technology communication oriented company in the defense space. 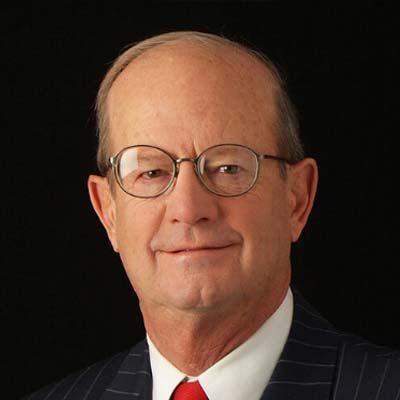 John C. Cushman, III is a global leader in the commercial real estate industry. He currently serves as Chairman, Global Transactions, where he is responsible for formulating and articulating strategic policies and initiatives for Cushman & Wakefield on a national and global basis.

Over the course of his 50+ year career, John has played an instrumental role in advancing Cushman & Wakefield to its position as one of the top commercial real estate firms in the world. Prior to his becoming Chairman of the Board and subsequently Co-Chairman of the Board of Cushman & Wakefield, John was acknowledged by a variety of media sources as the top office leasing broker in the United States.

John began his career with Cushman & Wakefield in 1963 in New York City. In 1967, he moved to Los Angeles to open Cushman & Wakefield’s first office in Southern California. In 1965, he was responsible for 60% of Cushman & Wakefield’s offices in the United States. John and his twin brother, Louis B. Cushman, started their own firm in 1978, Cushman Realty Corporation, which they grew from two offices to operations in eleven US cities with over 200 employees. 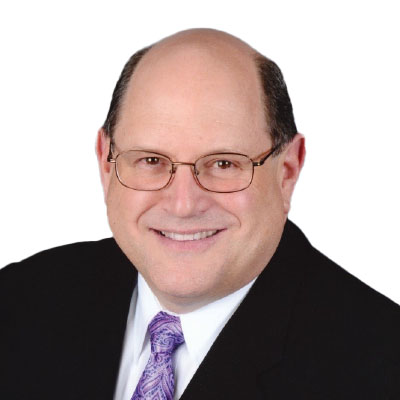 Mickey Segal, CPA, is the Managing Partner of NKSFB, LLC., the largest business management firm in the U.S. Mickey has over 45 years of experience in accounting, and in the last 40 years has focused on practice management, mergers and acquisitions, personnel management and development. Mickey’s passion is philanthropy. Mickey and his wife Lee chaired the American Cancer Society’s 100th Birthday Celebration, raising over $1 million for the evening. He is currently the Chairman of the Rose Bowl Legacy Foundation and chairing their ambitious $40 million capital campaign. Mickey is an active donor and fundraiser for St. Jude Children’s Research Hospital. Mickey serves on the capital campaign National Steering Council and is on the Host Committee for the upcoming St. Jude Legends of Charity event in 2022 in conjunction with the Superbowl.

Our senior management team, in concert with WCO Spectrum's board of directors, ensures that WCO Spectrum is operated solely in the best interest of its clients.
Meet the Team →

WCO Spectrum is a private investment firm investing in Educational Broadband Service (EBS) spectrum licenses in the United States whose mission is to create maximum value for all EBS license holders.
Learn More →